Should developers build and maintain a personal brand?

Personal branding is one the most (in)famous trends of the last decade. And I think there’s value in creating and cultivating one as a developer. You don’t have to. The vast majority of developers don’t do it. But we live now in a time when job security is more a dream than reality. Remote work puts us in the same market with people all around the world. So can we afford to ignore such an asset to our careers?

I wrote the following article, where I’m talking about what a personal brand is and how building one can help boost your career. I’m talking about how to stake your claim in the online space as well as three paths you can follow to level up your brand. 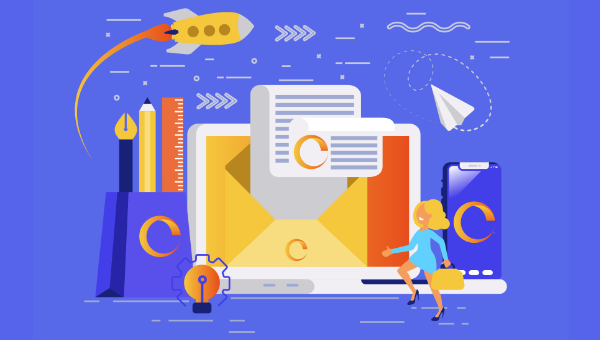 How to Boost Your Developer Career with a Personal Brand — SitePoint

Adrian Sandu explains what a personal brand is and how building one can help boost your career. Stake your claim online and level up your brand.

What is your take on personal branding? Are you building one at the moment? Thinking about starting one soon? Or do you think it’s a waste of time? Or a hoax?

A bit late to the topic, but these days, yes. It was even that case when I started 21 years ago. There is a vast amount of resources devs have now than when I started. Twitch, Twitter, YouTube, etc.

When I started it was all about newsgroups, forums, USENET, and word of mouth really. There also is a couple things I posted in this discussion Freelancing discussion that I took with me when I was partially through my career and they helped out immensely as well for my brand.

Hey @colabottles! Thanks for replying.

I don’t think there can be a “too late” moment for a discussion about one’s career. Better late than never, as the saying goes.

Personally I think the topic is even more important now, that we’ve seen Twitter being hacked in such a visible way. It does raise the awareness that one can loose their entire social media clout in a blink of an eye.

Well, the whole Twitter hack targeted celebrities/politicians/high profile people. Not devs from what I read. I don’t think it was worth going after little people with the whole Bitcoin scam they were trying to pull. Plus, they practically walked in through the front door. So much for Twitter Security.

With devs, like a few people, I won’t name names, they lose their social media clout when they start spouting off racist, misogynistic, bigoted crap. People like a certain individual that called himself “Uncle” for whatever stupid reason, only cult leaders call themselves “Uncle”), Some steroid head in California that was targeting women, the inventor of JS, to name a few.

It doesn’t take much these days to put your foot in your mouth and lose clout. The bottom line is, don’t be a dick to people and your clout will be just fine. I’ve been online since 1990 and seen a lot of people rise and a lot of people fall. A lot of people build a big brand and lose it all the same.

I agree about the points you are making. And the current climate is primed for blowing up in your face if you make a wrong step.

What I wanted to say is that the Twitter incident showed that these platforms are far from being the impenetrable fortresses they want us to believe they are. This time they targeted celebrities because it had the best return on investment. Next time someone might simply create mayhem and start deleting accounts. Or lock people out of their accounts for fun and giggles.

But yeah, being a decent human being is the best way forward.

Anything with a computer is hackable. It was proven to me when a Jeep was hacked by a pair of hackers from 5 miles away in California a few years back. Twitter, Facebook, and giants like those are as vulnerable as a garage door opener, an IoT system, or a Jeep.

I started back in the day with the “drink tray hack” which was hack into the computer (in this case, my neighbor who was an ultimate jerk) slide his CD tray in his PC in and out on him and watch him freak from my home office into his living room. Hijack his keyboard, take over his mouse, the small stuff.

It was a hoot watching him freak out and go batty trying to figure out what was happening.